Receive the Distinction of Becoming an IEEE Fellow
The IEEE Grade of Fellow is conferred on members with extraordinary records of professional accomplishments in tech.
Join the Computer Society
Awards and Fellows
Award Nominations
Award Recipients
Fellows
Student Scholarship & Awards 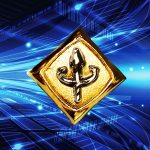 The IEEE Grade of Fellow is conferred upon a person with an extraordinary record of accomplishments in any IEEE field of interest.

The Fellow Nomination cycle for the Fellow Class of 2023 is available here.

To be nominated as a Fellow, a recipient must:

Any person, including non-IEEE members, is eligible to serve as a nominator. The following are exceptions: members of the IEEE Board of Directors, members of the IEEE Fellow Committee, IEEE Society/Technical Council Fellow Evaluating Committee Chairs, members of IEEE Society/Technical Council Fellow Evaluating Committee reviewing the nomination, or IEEE Staff. Self-nomination is not permitted.

Find out more about the IEEE Fellows Program and evaluation process.

Each year, dozens of outstanding IEEE Computer Society members receive the distinction of becoming an IEEE Fellow. The selection of the 2022 IEEE Fellow Class has been announced.

Looking for the new Class?
Newly elevated IEEE Fellows are announced shortly after the fourth quarter IEEE Board of Directors meeting, normally scheduled in late-November/mid-December.

Set Yourself Apart—Volunteer on a Board or Committee

Join Us
Learn More
“Volunteering has been very rewarding as I've connected with an inspirational network of colleagues who share my passion for research.”