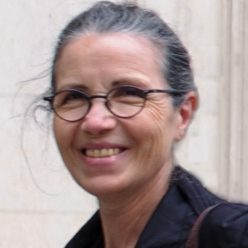 Radhia Cousot is the inventor, with Patrick Cousot, of Abstract Interpretation, a fundamental, general, and unifying theory of sound abstraction and approximation of the mathematical structures involved in the formal semantics (describing the possible behaviors of systems), the formal specification (describing the intended behaviors of systems), the static analysis (to let a computer fully automatically infer properties of systems from their formal descriptions, as necessary for verification), the proof (to check manually or with the assistance of a theorem prover or proof assistant that systems have specified properties), and the verification (to let a computer fully automatically check that systems have specified properties) of computer (and biological) systems. Abstract Interpretation has proved to scale up to automatically verify very large systems as found in advanced real-world industrial applications in transportation, communications and medicine.

2014 Harlan D. Mills Award
“For the invention of “abstract interpretation,” development of tool support, and its practical application.”
Co-recipient with Patrick Cousot
Learn more about the Harlan Mills Award