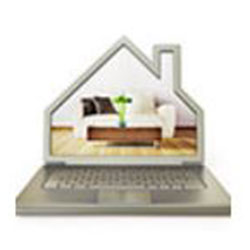 With literally hundreds of millions of Americans nationwide now sheltering in place because of the coronavirus, smart home security and automation is fast becoming an integral component of domestic life.

The numbers substantiate this.  Zion Market Research says the global smart home tech market will be almost $54 billion by 2022. Swedish market research firm Berg Insight estimates that about 63 million American homes will qualify as ‘smart’ by 2022 as well.

Patrick Lucas Austin, writing in Time, says by 2030 we’ll have total Internet of Things (IoT) immersion (and as an aside, ABI Research predicts consumers will spent $123 billion on IoT products by next year):

“The smartest homes will be able to truly learn about their owners or occupants, eventually anticipating their needs.  Developments in robotics will give us machines that offer a helping hand with cleaning, cooking and more.  New sensors will keep tabs on our well-being.  Central to all of this will be the data that smart homes collect, analyze and act upon, helping to turn the house of the future from a mere collection of gadgets and accessories into truly smart homes.”

Daniel Cooley, chief strategy officer at Silicon Labs, says smart-home technology will eventually “will be like plumbing – you’ll rely on it.”

And Michael Gardner, who founded Luxus Design Build, a construction firm, adds that many homes are already being built ‘smart’from the gitgo – “it’s such an integral part of the home that we’re designing it from the beginning, where beforehand technology was always an afterthought.”

Many companies are rolling out an array of innovative products and services.  Computer graphic company Nvidia is developing a smart robotic arm that slices/dices vegetables and assists in cleaning up after meals. Japanese bathroom fixture company Toto is testing urine-sampling toilets.

Growth rate of the smart home tech market is poised to grow substantially as people become more accustomed to having integrated devices in their homes and also feel more secure that their devices won’t be hacked, and their data compromised.